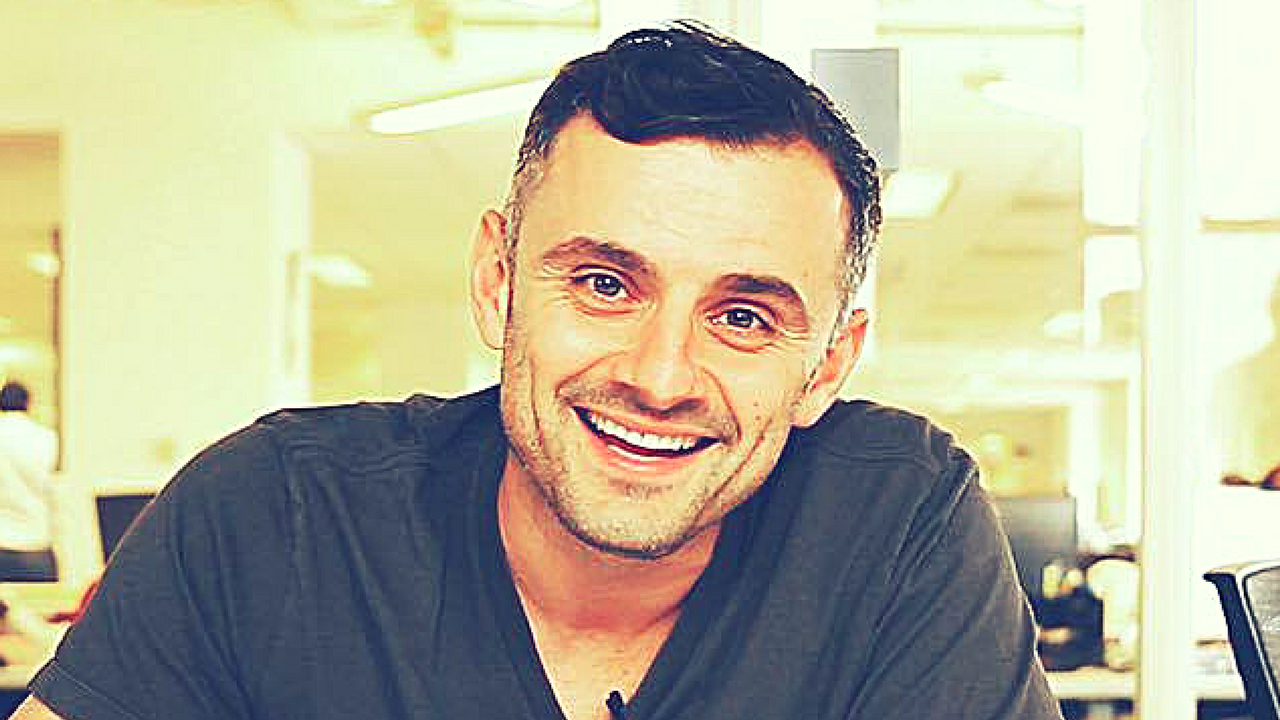 Gary Vaynerchuk on authenticity, self-awareness and the future of business

Gary Vaynerchuk is almost always on the move. If you doubt that, watch him. His new YouTube show "DailyVee" is a chronicle of his daily life. He seems to personify the word hustle. The man hustles 14 to 16 hours a day, every day. He has for a long time.

Gary Vee, as he’s known in the social sphere, is an early adopter and a vocal proponent of the power of social media. But at heart, he’s a business-builder. He started by building his father’s liquor store business from $3 million a year to $60 million. Now he’s the CEO of VaynerMedia, an angel investor and a venture capitalist with the skills and instincts to get in on Facebook, Tumblr, Twitter and Uber. In 2014 he co-founded a $25 million investment fund. In his spare time, he’s an in-demand speaker and a New York Times best-selling author.

Despite his impressive and hard-earned influence, he does have his critics. People object to his attitude, his word choice and his unapologetic censure of time-wasters, scam artists and the occasional multibillion-dollar brand. And he meets detractors head-on with openness.

Take him or leave him, he’s one of the few people in the spotlight these days who is what he says he is.

“A lot of my friends who’ve known me for a long time, they’re like, ‘Wow, you really haven’t changed,’ ” he says. “I always laugh. I’m like, ‘I don’t think money and power and success changes anybody. I actually think it exposes ’em, you know?’ ”

Vaynerchuk took time out of his hectic schedule to talk about how we get to know ourselves, the importance of a thick skin, and what it all means in the larger business landscape.

The 'Reality’ of Getting Naked

Nearly 20 years ago, we were all talking about who moved our cheese, thanks to author Spencer Johnson’s now-classic business book. Entrepreneurs were tasked with taking personal responsibility for their success and the success of their companies. It felt a lot like freedom as they shed their victimhood and charged ahead to forge their own paths.

Along with personal responsibility, and its cousin individuality, came another soft-skill trend: authenticity.

From books such as Patrick Lencioni’s Getting Naked to the burst of “reality” shows on prime-time TV and the rise of the hipster, we suddenly became a culture obsessed with being authentic. Hierarchical leadership was on its way out and executives were inspired—and sometimes pressured—to become more authentic than their buttoned-up predecessors.